We've had lots of visitors in school this week with our own Rev Hutchinson taking assembly and running the very popular children's prayer group, Mr Dickinson from Reading Football Club working with Class 2 and scientists from Royal Holloway working outdoors with classes 4 and 5, just to name a few!

The term does seem to be flying by!  As you may know, many children have suffered with chickenpox during December and January, but fortunately this seems to be coming to an end for most.

Thank you to everyone for bringing in plastic bottles for our recycling machine!  The bottles collected form clean waste, uncontaminated by other recycling which makes them a very useful commodity - so please do keep them coming!

Well done to our Stars of the Week for last week:

Reception - Luke for working so hard on his pencil grip and his writing.

Year 1 – Jack for showing excellent observation and reasoning in the rainforest.

Year 3C – Harriet for showing perseverance and determination when learning about time this week.

Year 3G – Demi for positive thinking and putting 100% in to her PE lessons.

Year 4 – Charlotte for having the confidence to work independently.

Year 6 - Ryan for his enthusiasm and efforts in writing our class assembly.

Miss Harding is currently changing over the pieces of work on the Writing Wall of Fame.  The children whose writing featured last term received a Star Writer Award in assembly today.  Well done to Phoebe M, Maya, Benoit, Poppy, Grace M, Toby, George G and Megan for their excellent writing.  Watch out for our next bunch of 'famous' writers.

Year 5 thoroughly enjoyed their Aztec Day on Wednesday and will be sharing some of the new things that they learned with KS2 and their parents in their class assembly next week.  In the meantime, here are some photos of the class in action: 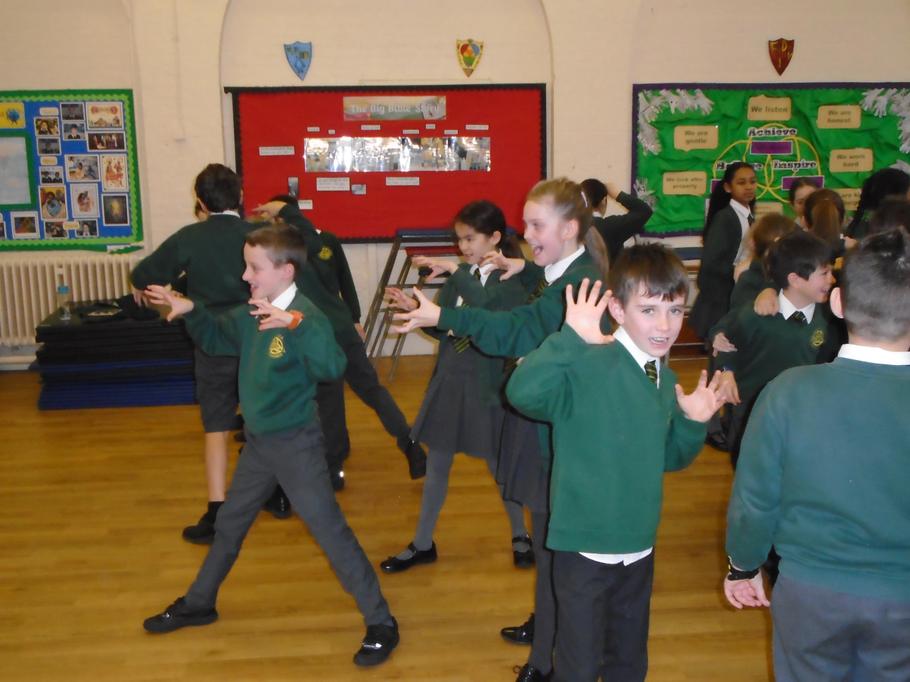 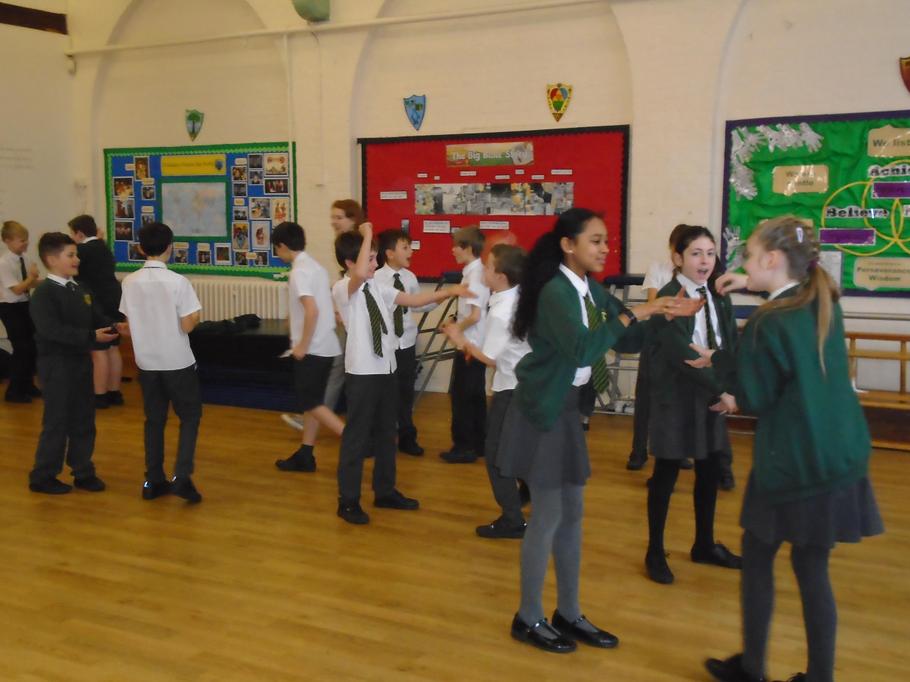 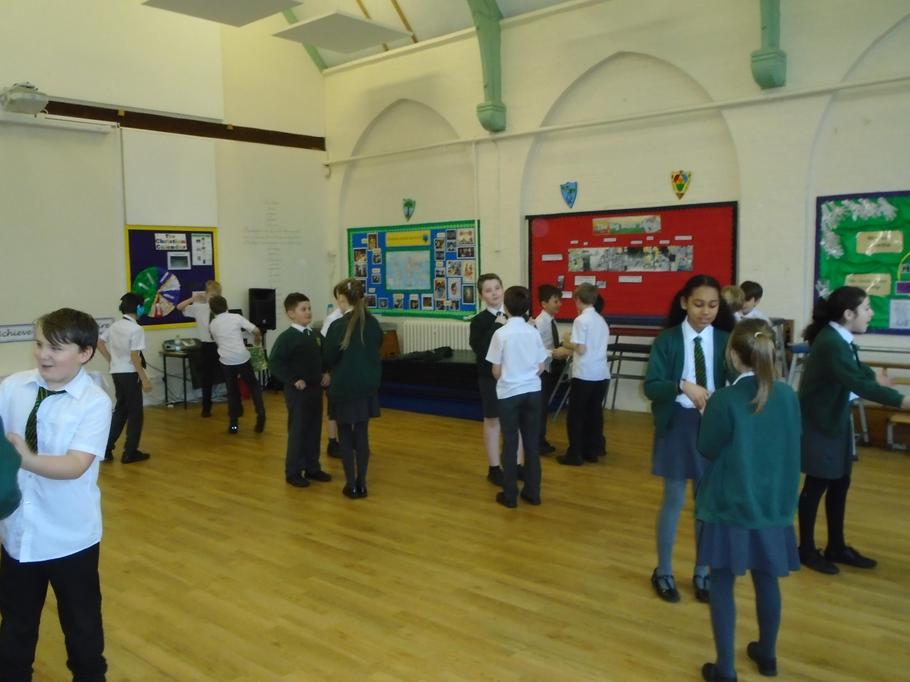 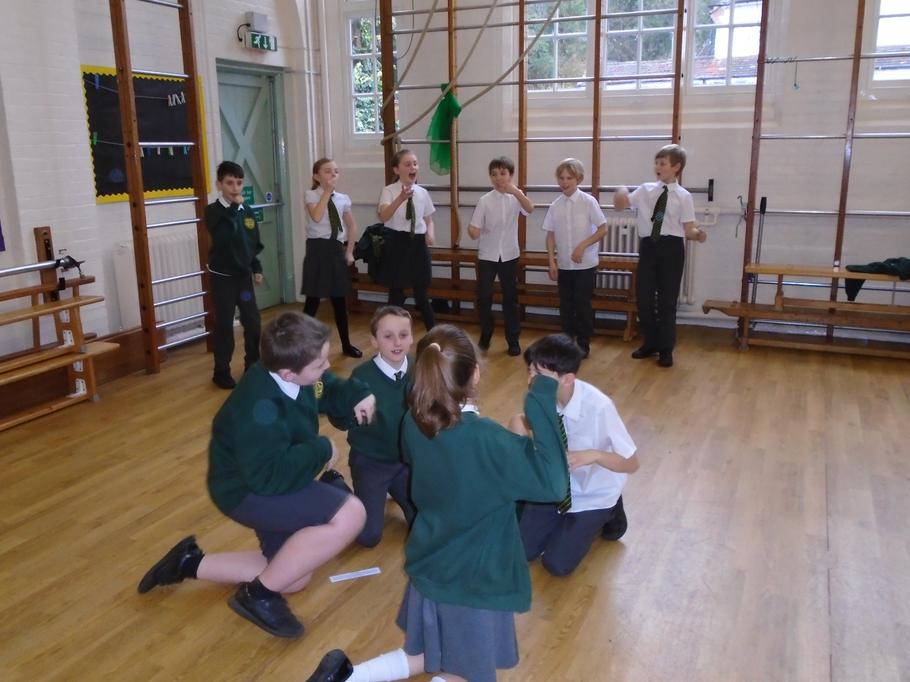 Thank you to all who supported the 3G Bake Sale which raised £170!!

Payment for the disco will be via ParentPay which should be ready to take payments from Monday. A Classlist message will be sent out to confirm when this is ready. The price will be £5 to cover the cost of the DJ, crisps and a drink. Details are:

Can you help your class reps by volunteering to help? We need 2 volunteers per class. Without this help the event cannot go ahead.

Based on the School Council's feedback we will be running this event again this year. We'd be grateful if you could save any good quality children's books suitable for the children to purchase on the day for 50p. Collection of books will take place from 4th March.

Plans for the Summer Fair on 29th June are well underway. If you know of anyone who can donate any auction items please do let us know on htpta@outlook.com or viaClasslist!

Thanks for your continued support - The PTA Committee