So Advent is finally here and you may be tucking in to a daily Advent chocolate from your calendar.  Did you know that the world's largest advent calendar was made in 2007 at the St Pancras Train Station here in the UK? It was 71m tall and 23m wide and celebrated the refurbishment of the station.

No one is really sure when Advent was first celebrated but it dates back to at least 567 when monks were ordered to fast during December leading up to Christmas.   Nowadays it can end up being a busy time of partying, shopping and preparations.  If you get chance take a few minutes to remember and think about the true meaning of Advent - perhaps you could chat about it over the dinner table?

Reception – Sophie for a great week back at school after being so poorly.

Year 1 – Barnaby for his confident and positive attitude to school.

Year 2 – Orla for always being a brilliant role model and giving 110% in all she does.

Class 3 – Amba for always being kind and helpful.  A true role model in everything she does.

Class 4H – Theo for the excellent effort that he puts in to all that he does.

Year 4W – Grace for being a conscientious and helpful member of the class.

Year 6 – Thomas for being a true example of Year 6 behaviour.

House of the Week
The House with the most house points this week is Fire! Well done Fire – we hope you enjoyed your extra playtime!

As usual our terrific choir did us proud at the switch on of the Sunningdale Lights last Friday evening.  We had a great turn out with a huge crowd watching us and lots of compliments!  Well done to everyone who took part and thank you to Miss Wallbanks for preparing and leading the choir. 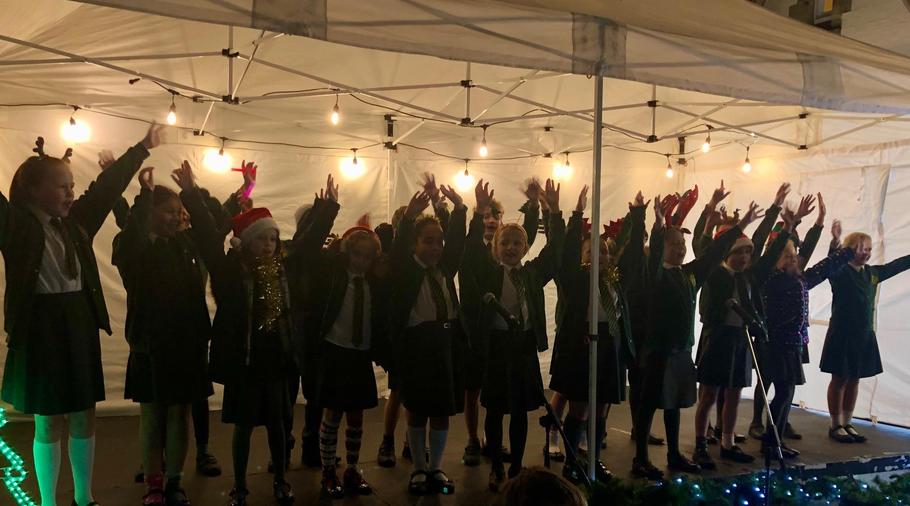 Year 5 were lucky enough to have a visit from Bracknell Fire and Rescue team this week. The team talked to the children about their role in the community and a lot of fun was had looking at the vehicle and their equipment. They also spoke to the children about fire evacuations at home so please don't be alarmed if they come home asking you to make a plan for your family. It is also worth noting that the fire fighters gave us an interesting fact! Did you know that most children under the age of 10 will not be woken by a house fire alarm, so this is worth bearing in mind. Thank you to the fire fighters for taking the time to come and talk to us! 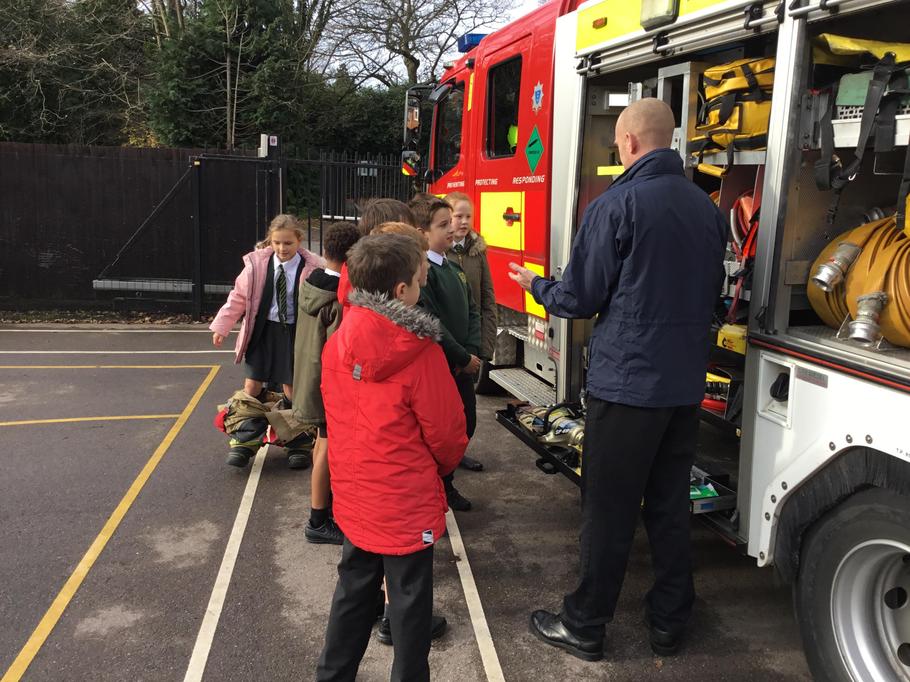 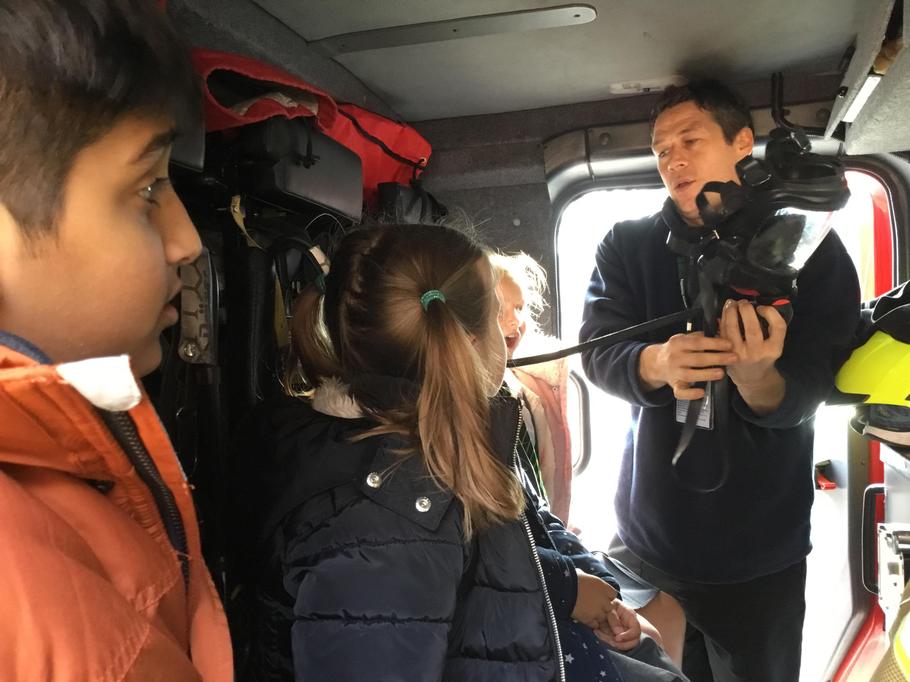 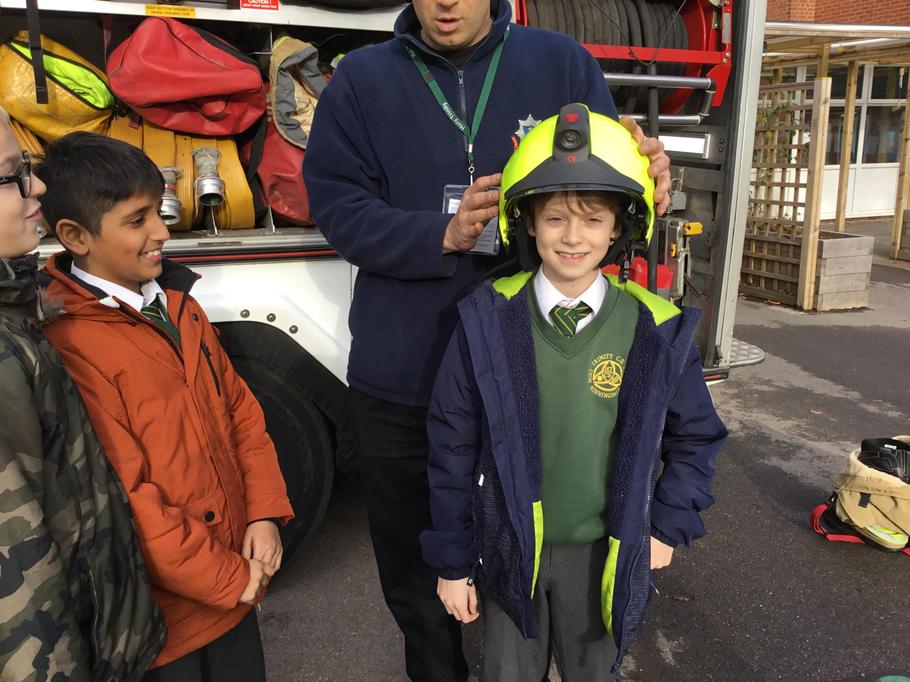 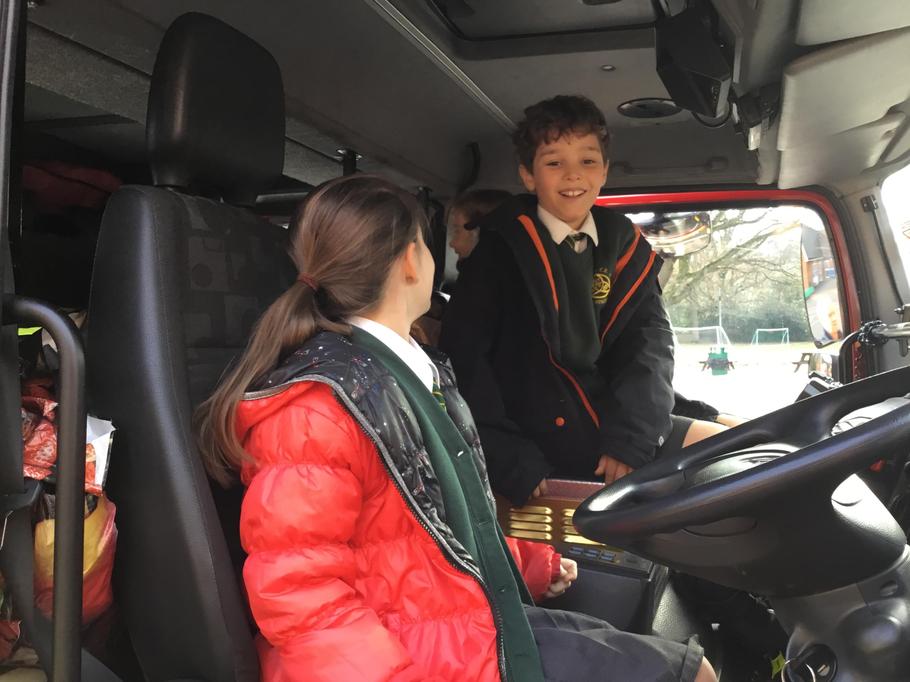 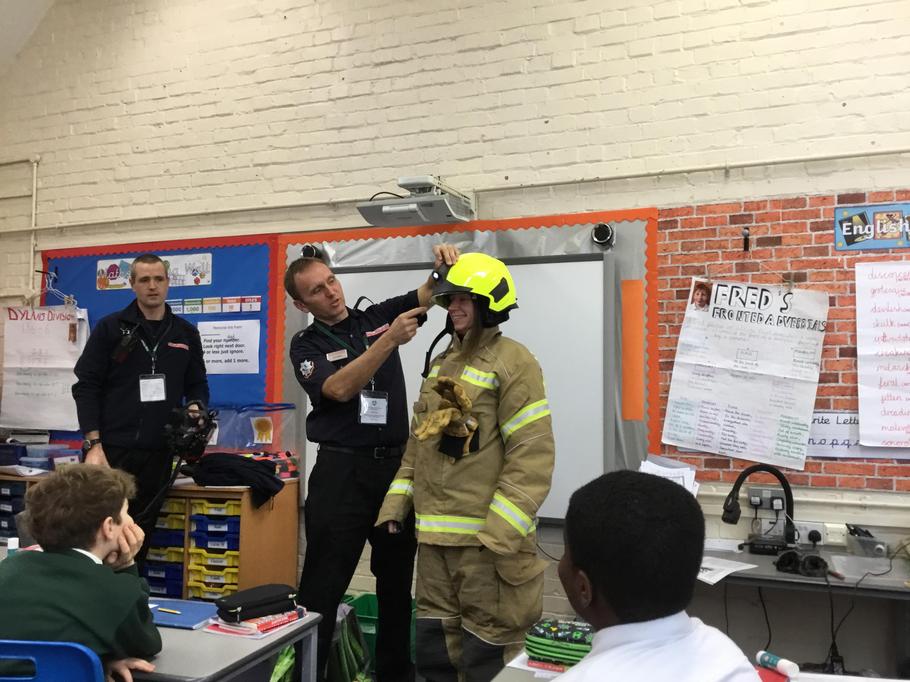 Thank you to everyone who brought in Christmas treats to be distributed in food parcels given out by the Bracknell Food Bank over the next couple of weeks.  Thank you also to Mrs Titre and her team of organisers who collected and put everything together ready to go the Food Bank.  You were very generous with your time and effort.

'We played St Michael's on the 4th December.  It was a close encounter with Micah scoring a hat trick in a 3 - 2 for the boys in green'.

Well done to the football team representing Holy Trinity on Wednesday - Eddy, Freddie F, Freddie J, George, Harry, Maahir, Micah, Monty, Thomas and Will.  Thanks to Mrs Hunter, Mrs Rhodes and Miss Harding for organising and supporting the team and to all the parents who came along too.

We had a great turn out at Nature Club this week. We found lots of mini beasts, including a centipede - great find Alfie!

Next week we will be making Christmas Cards using our great nature finds. 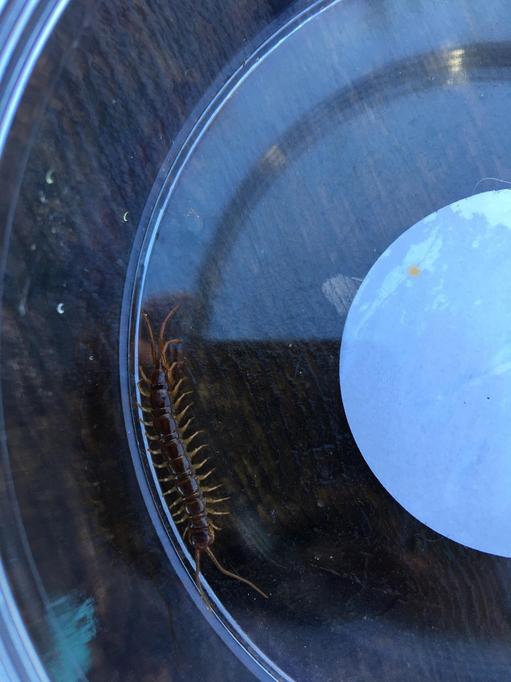 We are looking forward to our Christmas Lunch which will be on Wednesday 11th December.  The menu is as follows:

For children in Years 3 - 6 please make sure your ParentPay account is in credit - many thanks!

We are still awaiting some last minute expenses and hope to confirm the final amount raised at the Christmas Fair next week.

The pottery items from the Christmas Fair are now available for collection from the School Office at your convenience.  If you are unable to collect, please let Mrs Whittaker or Mrs Brown know and they will make alternative arrangements.

Yourschoolottery.co.uk – for just £1 a week you get entered into 2 weekly draws, 1 with the chance to win up to £25,000 and the school are guaranteed a return of 40% of all the ticket funding raised.  If you haven’t already, please do sign up and support the school.  Last week we had a £20 winner who kindly donated the proceeds back to the school.  It’s quick and easy to sign up at :

As an alternative for the parents who have mentioned rather than joining Your School Lottery, they would prefer to donate directly to the PTA, you can now set up a direct debit for a one off or monthly payment to donate an amount of your choice which will be used towards next years funding.

If you do decide you would like to donate in this way, please check with your employer, as many employers will match donations to charities.

Our PTA bank details to set up a direct debit are as follows, please also email htpta@outloook.com to confirm your donation:

A couple of extra dates have been added to the PTA diary:

22nd May – Break the Rules Day

More information on these will follow nearer the time

Upcoming dates for your diary:

11th December – Film night, this is on Parentpay, cost is £5.  The film chosen for KS1 is Secret Life of Pets 2 and will be shown in Reception Class.  Year 6 have chosen Detective Pikachu and will be shown in the Main Hall.  A packet of crisps and squash is included in the price.